Respiratory infections in the lower part of the upper respiratory tract, such as, laryngotracheitis, are more commonly featured with dry cough and hoarseness or.

Fast breathing with chest retractions (when skin sucks in between or around the chest plate and/or rib bones when inhaling); Other signs of a severe asthma. Symptoms of upper respiratory infections include runny or stuffy nose, low-grade fever, chills, cough, headache, sore throat, wheezing, fatigue, chest.

How to breathe if you have a respiratory infection like COVID-19
Acute Upper Respiratory Tract Infection Symptoms in Children and Adults · Chest or nasal congestion · Coughing with or without mucus · Fever · General achiness. 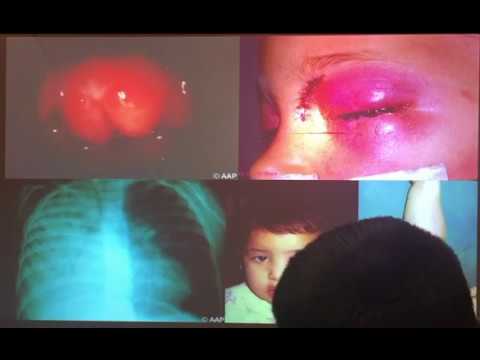